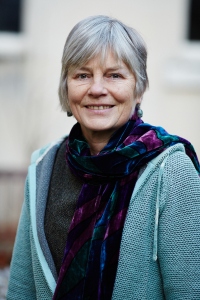 The Press of January 17 reported on a lunchtime meeting at HSBC in York to discuss the European Union.

According to the Confederation of British Industry, access to a $16.6 trillion Single Market of 500 million people is the key benefit. Furthermore, the EU invests $1.2 trillion in the UK, whereas the cost of UK membership is 0.4 per cent of gross domestic product.

We recognise the EU would benefit from reform. However, we are implacably opposed to the Transatlantic Trade Investment Partnership, a trade deal being done in secrecy that threatens our precious NHS in particular. Labour, Conservatives and Liberal Democrats are all complicit in these shady negotiations. Green MP Caroline Lucas spoke out against the deal in the Commons debate last Thursday.

Only the most vigilant would be aware of the debate as it was hardly mentioned by the mainstream media. However, I know of one trainee nurse who immediately joined the Green Party as a direct result of Caroline’s words, adding to the unprecedented growth in our membership, especially by younger voters.

If Romanian or Bulgarian people who arrive in Britain after 1st January are anything like the caring, hard-working and highly qualified Romanian […]