To keep you in the loop with what on
earth I’ve been up to in Brussels and Strasbourg, I’ve decided to do a summary
in everything that’s been happening.

We started in Strasbourg in early July.
Strasbourg is where
Parliament sits, votes and discusses in one chamber (usually one week a
month, but since it’s the first month, there were 2 sessions). After being
sworn-in as an MEP for the 2019-2024(!) term and receiving my badge, we got
straight to work.

The first task is always to form groups
in which MEPs sit in Parliament. As a Green Party MEP, I sit in the Greens/EFA
group. This group consists of other Green Party MEP’s from other EU countries,
Plaid Cymru, SNP and some other parties. When the group forming was complete,
ours had 74 MEPs, one more than the fascist Identity and Democracy group (73). In terms of the
make-up of Parliament, there is a clear centre-left majority.

Another aspect that gets decided in the
early stages is what committees you sit on as an MEP, representing your
constituents but also the group that you belong to. Having come to Sheffield as
a refugee, having ran a campaign that stated unapologetically that ‘Immigrants
Make Britain Great’ and as one of the few black MEPs, my interest and
experience of campaigning for human rights, I asked to be placed on and was
eventually selected as a member on the committee for ‘Civil Liberties,
Justice and Home Affairs’ (LIBE). My passion in Arts and Culture and
understanding that it is a powerful weapon in uplifting lives and bonding
people whatever their background in the creation of a better world, is why I
asked and was also selected as a member on the committee for ‘Culture and
Education’ (CULT). Most of the committee work is done in Brussels. MEPs are also placed
on delegations to different countries on behalf of the European Parliament – I
will be a delegate to the
United States of America.

There was the matter of electing the
President of the European Commission. Ursula Von Der
Leyen, German Defence Minister, was nominated by the Council of Europe after
Parliament struggled to find a majority behind any of the nominees from each
political group. I did not vote for her. I could not – while simultaneously
telling you at home that I was in Brussels to try shift the status quo, and
especially not while she had the support of a fair share of fascists. Von Der
Leyen is the face of the establishment, but thanks to pressure from our group and
some of the group of Socialists & Democrats (S&D), she spoke in
progressive tones and made tentative but concrete commitments in areas such as
gender equality and climate action. We shall see if she is as strong in
leadership and honesty as she is in rhetoric. The rest of the Commission will
be elected by us in September and October.

Moreover, I was able to
challenge far-right Italian interior minister Matteo Salvini in my maiden
speech in Parliament. I labelled him a coward (although other words came to mind) for his
inhumane response to migrants crossing the Mediterranean – going to the extent
of criminalizing inspirational charity workers for risking everything to save
lives. With the situation at the US-Mexico border, and with the Mediterranean
being the deadliest border crossing in the world thanks to our inaction, how we
treat migrants is a defining question of our time; my constituents and those
who voted for me can be assured that immigration and migrant rights will be at
the forefront of my work as an MEP, however long that may be. I was also made
it on the front-cover of this terms first edition of the Parliament Magazine,
which is distributed widely throughout the European Parliament – you can see it
and read the interview here.

I also had the opportunity to write
down a few ideas in UK media outlets throughout the past month. The link and
summary to each is as follows:

This is one I wrote when I got elected:

As a newly elected Green MEP and a refugee, I’ve got a message for the far right

I’m determined to offer an alternative to the politics of fear and division engendered by Salvini, Farage, Le Pen and the like. https://www.theguardian.com/commentisfree/2019/may/28/green-mep-refugee-far-right-salvini-farage-le-pen

While Parliaments were in recess in
both Brussels and Westminster, no sane British MEP was putting their feet up
for too long. The big fight is here at home – and with Boris Johnson as PM,
there’s no time to lose. I spent my August travelling around the region
speaking and engaging with members and non members discussing politics,
participation and Brexit. I’ve been pushing for Brexit to be stopped, and for
the United Kingdom to remain in the European Union.

I hope the summary was informative. If
you have questions, here is the email
you can contact. I hope you all were able to rest and recuperate during the summer, and
enjoyed some time with loved ones despite the chaotic political context in
which we find ourselves.

It’s the first week of what will shape
to be a defining moment in British history. And while this government attempts
to trash our country and ignore the people, I along with my colleagues will do
all  can to speak truth to power and I’m looking forward to ensuring this
is a 5 year term for all British MEPs (even the ones who don’t bother turning
up anyway). 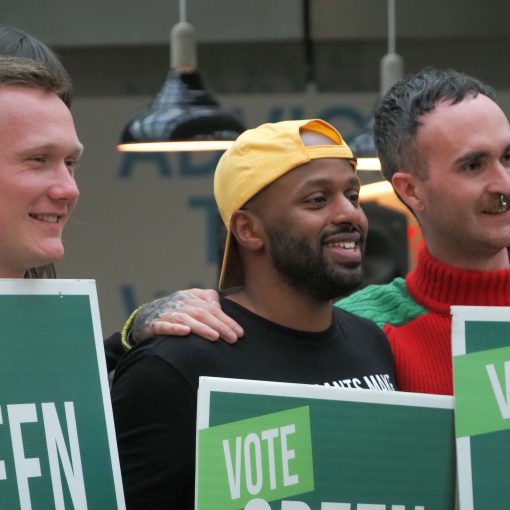