On Thursday 9 June 2022 the Ordnance Lane redevelopment was approved by planning committee, despite opposition from Labour councillors with one Labour councillor voting with the Conservatives against it on the grounds of not providing enough car parking spaces!

“Having been involved in local resident ‘planning for real’ exercises I can say that the applicants have really listened to concerns and aspirations, adjusting the design to retain the best and largest existing building on the site This building will be retrofitted to very high thermal efficiency.

“There is one building with some architectural merit which is proposed to be demolished, but on balance this is where hard-nosed reality of maximising affordable housing outweighs benefits of retention. The building closest to Fulford Road actually faces away from the street due to the historic layout of the site and so detracts from the Conservation Area. Redevelopment allows for a new pedestrian and cycle street to be installed across the front of the Married Quarter buildings, improving access to and from Fulford Road for residents and visitors.

“Parking is always a sensitive issue but I note that Highways officers have been convinced sufficient mitigation measures are planned, and the York Civic Trust even pressed for lower still parking provision. Para 5.32- 5.43 describes in some detail the situation, with neighbouring streets already in the process for respark as a response to the no car student block for 380 students at Frederick House just opposite on Fulford Rd. The likelihood is that by the time of first occupation Hospital Fields Rd itself will be the only street in the area remaining with unrestricted parking. Note in para 3.20 officers indicate on street occupancy in the immediate area in the evening is ‘much lower’ suggesting commuter or business parking, which should be catered for through business travel plans and greater use of the park and ride in accordance with our transport and carbon reduction policies. I strongly support the Cycle campaign comment on options for a segregated cycle provision to address the broken link in off road routes from university to Millennium Bridge and riverside paths.” 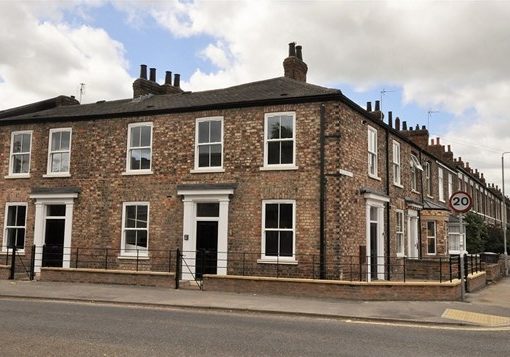