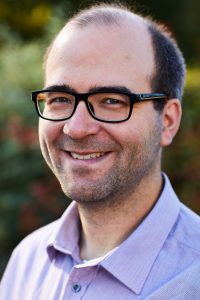 Lars Kramm has a legal background, specialised in environmental and European law and more recently in commercial aspects as well. He has been a member of his native German Green Party for 20 years, serving in different functions including on his hometown’s city council. Lars has been elected as Green ward councillor for York’s Micklegate ward in 2015 and has served among other things on the Audit & Governance Committee, the Joint Standards Committee and as Vice-Chair of the Economy & Place Policy Development Committee. He was also a member of the governance and oversight body of the North Yorkshire Fire & Rescue Authority before its controversial abolition by the Police and Crime Commissioner. He served on different Scrutiny Task Groups dealing with Single Use Plastics, E-Democracy, Goose Management, Hate Crime, Protection of Grass Verges and Stag and Hen Groups in the city centre.

He has worked as a researcher and lecturer and was an NGO delegate at the Durban, Doha and Warsaw UN climate change conferences. He is a keen environmentalist and believes that York can achieve zero-carbon by 2030 to do our share of fighting the current Climate Crisis. He works currently as a senior project manager for a York-based international retail company.

Lars says: “I enjoyed representing the people of Micklegate for the last four years. I am still humbled and very grateful for the trust that the residents of Micklegate placed in me, a recent immigrant from Germany and it still gives me hope for the tolerant, progressive and open-minded society that Britain had been famous for.

We moved to Copmanthorpe last year because we liked the community and the spirit of the village. I care about making the area I live an even better place to live and from talks with friends and neighbours, I know that Copmanthorpe cares about our planet, our environment and believes in equality and a fair society. Something that the Green Party is very passionate about.”