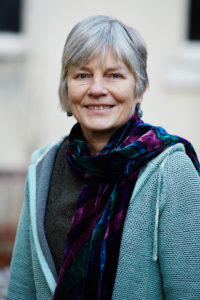 Ginnie has lived in York for nearly 30 years and moved to Osbaldwick and Derwent ward in the York Outer constituency in 2013, fulfilling a long term ambition to down-size and further reduce her carbon foot print.

When Director of a national housing and disability charity, Ginnie co-chaired the successful campaign for disabled children’s housing rights in England, Wales and Northern Ireland and supported improvements in home insulation and fuel economy.

Her contribution as a prominent disability housing expert and Green campaigner has been recognised by her inclusion as one of 100 York women in “HerStoryYork”, a project making invisible women visible (see www.herstoryyork.org.uk)

As a feminist, Ginnie has always believed that the only wasted vote is one that is not cast and is standing as a Green candidate for Osbaldwick and Derwent ward to give voters the option of voting Green at the 2019 City of York Council elections. 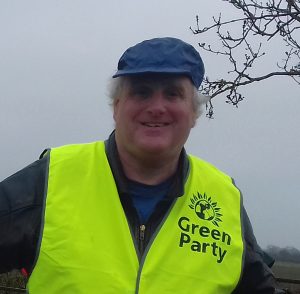 Paul has lived in York since the late 1960’s and is very appreciative of how desirable a place to live York is, he says “I wouldn’t live anywhere else!”

Last year, Paul’s dedication to Green Party campaigns was shown by providing people transport to and from the Kirby Misperton Protection Camp and showing solidarity with the anti-frackers every week until the fracking site was finally closed.

A committed campaigner for York Greens and the environment Paul feels strongly that as much traffic as possible should be re-routed away from the city-centre. If elected, he will push for greener transport and positive solutions such as electric or compressed air vehicles as the future. Paul cares very much about preserving the historic character of the city and is concerned that polluting emissions are even damaging the Minster.

With a past career in social work and for the Fire Service, Paul also has invaluable experience working with young offenders and people with learning disabilities.