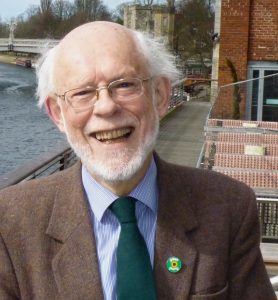 Jonathan was an early member of the Green Party and has fought many elections. As the Party’s candidate for York Central in the 2015 General Election he achieved 10% of the vote, the second highest in Yorkshire and sufficient to have elected him as an MP if Britain had an electoral system that better reflects people’s views. Jonathan is an independent transport consultant committed to planning for good public transport and is well known for campaigning against HS2 and for improved railway timetables. He is pleased to be standing again to represent the people of Westfield and in support of the Green Party’s ambition to increase its influence in the City Council. Jonathan had the great honour of being Sheriff of York in 2016/17, helped by his wife Brenda as Sheriff’s Lady 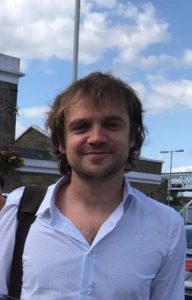 Originally from Devon, Seb moved to York after scraping a place at York University back in 2001. Falling in love with the city he has since made his home, Seb has two children whom attend the Fishergate primary and Millthorpe secondary schools. Seb commutes daily on the train to Leeds – marvelling at the wonder that is private ownership of our public transport with the-ever-decreasing seat availability seemingly at odds with the ever-increasing costs.

Having been a Green Party member since 2014 Seb is deeply passionate about social justice – or the lack of it. If Seb was elected he would seek policies that would help the most vulnerable people of York; he would champion the Living Wage, support significant investment in public services, homeless shelters and refuge centres. Above all Seb would try to restore the broken link between the people and our elected representatives by taking time to listen, learn and understand. 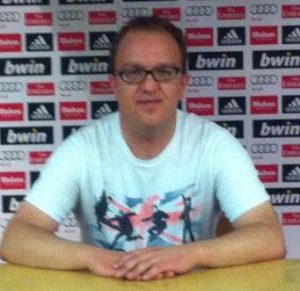 Although I am originally born and have lived in York most of I my life I am half Finnish and have dual nationality, I have been a Green Party member for over 3 years and the main reason I became a member is that there is only one party that I feel addresses the issues of climate change and protecting the environment. I have a customer service background within the Printing, Insurance and more recently the caring, employment and benefits advocacy industries. Not only do I feel that the Greens represent the strongest voice for the environment they also provide the only common sense approach to Brexit that a peoples vote is a necessity. Other areas on The Green manifesto that I feel are not being strongly recognised enough by the other parties are homelessness, the housing crisis and mental health awareness together with the urgent need for Austerity to end as soon as possible.