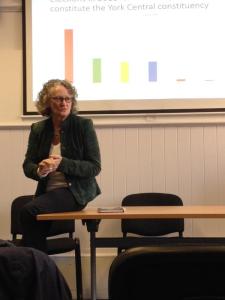 In the afternoon she visited St. Helen’s Square in York, leafleting and talking to voters, which proved a success, garnering lots of positive support. After leaving York, Jenny tweeted: “Many thanks to York Greens for such a warm welcome – lovely city, lovely Greens!”

In a political climate that sees many politicians seem far removed from voters, these direct interactions are becoming increasingly important. York’s Green Party representatives will be continuing to be out and about talking to voters in the run-up to 7th May.

Council finally passed the motion below last night including amended references to CETA and other trade agreements. “Council notes that: The European […]