Fishergate Councillor Dave Taylor explains why he’s been on Art Strike in this statement written for York Press.

“I believe in a more equal society where art is not just available for the wealthy few, and that ordinary people should have access to see the greatest artworks that they could never hope to own. Public galleries and museums provide that – to educate and inspire – and perhaps particularly in a UNESCO City of Media Arts, to spark our own creativity.

Thirteen years ago the council placed our museums and art gallery into a trust, asking it to maintain buildings and collections, to increase the number of visitors, and to ensure free access to York Art Gallery for residents – the art collection partly bought by tax-payers’ subsidy and partly donated by benefactors or artists who might have expected their donations and work to be freely available.

Since national museums became free, visitor numbers have risen by over 50% as well as becoming more inclusive for ethnic minorities and lower socio-economic groups[1]. York Museums Trust has also been highly successful in attracting capital funding as well as boosting admissions. It has built a bigger empire which needs more to feed it in times when revenue is harder to obtain.

Numbers will plummet if charges are introduced. Not only have residents said they will bypass York Art Gallery if charges are permitted, but they’ll also tell visiting friends and family to avoid the place due to the high charges – the proposed £7.50 is one of the highest in the country outside the capital. A salutary tale comes from National Museum Wales which introduced charges 20 years ago. Visitor numbers declined but when they started to recover, the demographics had changed: no more low-waged visitors but wealthy middle classes on coach trips. Years later, when the admission charge was dropped, admissions almost tripled overnight[2]. York Museums Trust can’t expect to increase visitor numbers – another key part of its agreement with the City of York Council, if it reneges on the principle of free access for residents.

So what if charges were introduced only for tourists, and for special exhibitions, like ‘Thomas The Tank Engine’ events at the National Railway Museum? Well, that could be part of a sensible negotiation with the new Council administration as we know that tourists are the larger percentage of admissions to York Art Gallery. An open negotiation about finances would be preferable, not building a business plan on a nod and a wink at a meeting apparently held with senior council figures before the election. That’s not acceptable. We should all want York Museums Trust to survive and prosper, but the cards must be dealt on the table, not under it.

I must support YMT and the council by clarifying that the savage cuts in grant to York Museums Trust were brought about by the tens of millions of pounds cut from the council’s budget by central Government. This is where ‘austerity’ gets us: services reduced or cut, outsourcing to companies who pay workers less, higher charges, and people working for nothing as volunteers. The rich may be able to tighten their belts. The poor merely have to do without.”

The 2014 Yorkshire start of the Tour de France was a once in a lifetime international event, televised around the globe. In […] 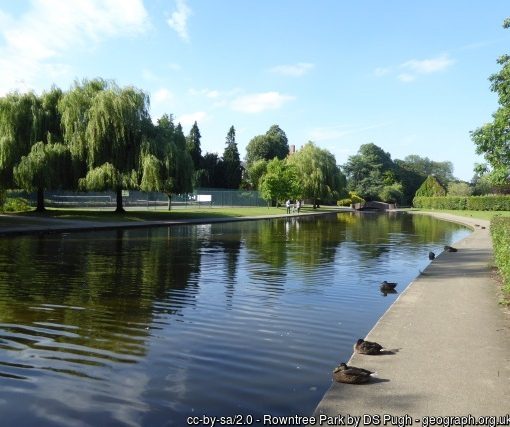