One of the largest arms fairs in the world is held at the Excel Centre in London every other year; 1,110 exhibitors of death machines and over 30,000 buyers.  It is heavily supported by the government and attracts sellers and buyers from around the world.  At every single arms fair illegal weapons have been sold, and weapons have been sold with UK government approval knowing they will be used for war crimes.  Many people, and organisations like the Campaign Against the Arms Trade (CAAT) and Amnesty International have condemned the arms fair and called for it to be shut down, or at the very least properly policed.

Several hundred protestors turned up each day while the fair was being set up, in order to protest and to try to prevent the fair from being set up.  Eleven of the protestors, on three days, were arrested while trying to prevent vehicles getting into fair.  Some locked themselves to the vehicles, gates, or each other and others, including myself, lay in the road in front of a tank to stop it being delivered.  All those in court had been charged with “wilful obstruction of the highway without lawful excuse”.

On the 9th of September Angela Ditchfield, a Green Party candidate in Cambridge, had locked herself to an armoured vehicle, and refused to move.  Once cut free from the vehicle she was arrested and charged.

On the 10th of September I went to protest with a group called Academics Against Arms, who had organised a series of seminars, when a tank went past. A group of us ran down to protest, led by Isa Al-Aali, stopped the tank and lay down in the road in front of it to prevent it being delivered to the arms fair and sold for killing civilians in Yemen or the West Bank or Gaza or some other place where human rights are being abused.

Four of us were arrested and charged, taken to a police, held in cells for several hours, charged and released.  We were then joined by seven other people for trial who had been charged on other days for chaining themselves to gates, armed vehicles or each other.  With a couple pleading guilty to avoid the stress of court, and one having charges dropped, eight of us ended up in court.

There was no dispute over what we had done, the issue was whether what we had done was illegal.  Our contention being that we were working to prevent much greater crimes like the sale of torture equipment and preventing the use of these arms being used for crimes against humanity and war crimes.

Each of us explained that we had taken the actions we had to try to prevent the far greater crime, and as I put it:

“I thought I can’t just stand by, I’ve got to try and prevent a crime from taking place, I’ve got to uphold the rule of law because the government and its agencies, the police force and arms control bodies and so on, were clearly not doing their job”, and added “I don’t think there was anything less I could have done.”  Some of the other defendants made clear that to them morality was more important than the law, and they believe it necessary to stop the arms fair anyhow.

The court heard powerful evidence from three expert witnesses Oliver Sprague from Amnesty International with responsibility for the charity’s work on arms control and policing and Kat Hobbs from the Campaign Against the Arms Trade.  They both described how in each and every DSEI arms fair up to 2015 illegal products including torture equipment, cluster bombs and land mines had been found and that weapons were being sold to countries like Saudi Arabia, Turkey and Israel that would be using them for war crimes or crimes against humanity.  They also gave evidence that the authorities including the police, HMRC and the Serious Crimes Agency had never found any of these offences (they have always been uncovered by peace campaigners or journalists) and that no legal action had ever been taken against any of the real criminals; the arms dealers.

Finally, Sayed Ahmed Alwadaei from the Bahrain Institute for Rights & Democracy described the situation there, in part as one of my co-defendants, Isa Al-Aali, had been a victim of torture in Bahrain and had been attempting to stop any more weapons going there to be used against peaceful protestors.

We then argued that we were using reasonable force to try to prevent some of the most serious crimes that there are, and as such our behaviour was reasonable.

The judge, Mr Justice Angus Hamilton, accepted out argument, and in his judgement said:

“the court has been presented with clear, credible and largely unchallenged evidence from three experts that criminal wrongdoing had occurred at past DSEI exhibitions involving the sale of arms to countries which then used those arms against civilian populations and the sale of items that were inherently unlawful such as cluster munitions and items designed for torture and inappropriate restraint. There was, as a result, a compelling inference that such activities would also take place at the 2015 DSEI exhibition.”

“The court was also presented with clear, credible and largely unchallenged evidence that such criminal activities are not being properly investigated and, where appropriate, prosecuted.”

As a result, we were acquitted on the grounds that were preventing crime.  However the work goes on to expose the evil of the arms trade and prevent DSEI 2017 from happening.

As we said at the time of our acquittal:

“We were compelled to try to prevent war, repression, torture and genocide and we stand by our actions.

“We do not believe that we should have been on trial this week and denounce the UK government’s complicity and actions in supporting the arms trade; and in perpetuating war and repression around the world. We oppose the sale of arms based on corporate greed and profit and seek radical change.

“We come from the UK, Bahrain, Belgium, Chile and Peru in the believe that as the arms trade takes place at a global scale, our resistance has to be global and it should have no borders.

“Over the week, we have put DSEI and the arms trade on trial and we have proven them to be illegitimate.  Our only regret is that we didn’t succeed in shutting down DSEI.

“Our thoughts are with the people who suffer as a result of the arms trade and the survivors of repressive regimes, torture, war and conflict.  We call on more people to join us in our efforts to shut down DSEI 2017 and take collective action to end the arms trade.”

The Crown is currently appealing the conviction 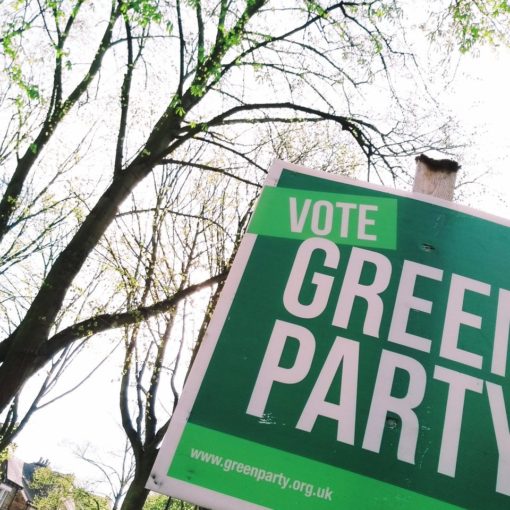