As climate records keep being broken and the urgent task we have set ourselves (zero carbon by 2030) becomes even more apparent not just those joining Extinction Rebellion actions, this administration has committed £1m to additional walking and cycling measures and £25,000 to fund a study looking at public transport options, including exploring potential for light transit to complement better bus services. My initial thoughts on priorities for the year were set out in a paper to Economy and Place Scrutiny Committee on July 10th just before the additional budget which set in train these measures.

A recent Executive approved the process to facilitate ward councillors proactively identifying highway initiatives for their ward including ‘walk-abouts’. I intend to work closely with officers, other councillors and local interest groups to prioritise spending of the £500k available for capital cycling infrastructure. The Executive on Oct 24th was due to consider the process of developing our Highways Infrastructure Asset Management Plan to take account of latest good practice in keeping highways safe and reacting promptly and appropriately to defective surfaces. Ward councillors need to be made aware of the planned programme of highway maintenance so that as far as practicable we can dovetail works and consider the addition of sustainable travel enhancements – as we are doing with the Traffic Signal Asset Renewal (TSAR) work. Following lengthy consultation over the past year or more the Bishopthorpe Rd junction is now complete with the additional crossing facility on the northern arm of the junction. Enhancements to improve cycle safety are also planned as part of the current work on Albermarle Rd/Dalton Terrace and Scarcroft Rd junctions and some pedestrian and cycle improvements should be possible when the Monk Bar junction is upgraded early in 2020. Micklegate Bar southbound has now been permanently closed to motor traffic and I hope that consultation will now commence on streetscape enhancements that could be modelled on the type of enhancements that have been completed on Fossgate earlier this year. Work is continuing with ward councillors and other partners on issues such as options for Victoria Bar, reducing through traffic in the Groves, pedestrianisation of Fossgate, security access measures for the central footstreets area, finalising full access to Scarborough Bridge (including flood diversion issues) etc.

This winter will see the first serious trial of winter maintenance for key strategic cycle routes in York, making use of two different types of vehicle to provide precautionary and reactive treatment. This will include appropriate treatment of three very popular river bridges which are especially prone to hoar frost and icing – Millennium Bridge, Scarborough Bridge and Hungate Bridge. Treatment will include the notorious Jubilee Terrace route and ideally could be extended to cover the University route through the Barracks site to Walmgate Stray.

Planning
applications for the Rail Station frontage and St George’s Fields replacement
car park (to facilitate transformation of Castle Car Park to public open space)
are both making progress. There has been active engagement of officers looking
at York Bus Forum aspirations for a bus interchange and the My Castle Gateway
project has actively engaged residents in the design of various aspects of the
regeneration of the area south of the city centre. The application for the car
park will be followed by detailed design for a new cycle and walking route
directly across the inner ring road into the Museum grounds and across a new
bridge over the Foss into Piccadilly. The temporary diversion of traffic during
building repairs on Coppergate does give us the opportunity to review the
impact of this one way option as a possible longer term mechanism to reduce the
severance of the Coppergate Centre from the rest of the city centre. Signed
contraflow provision for cyclists has been welcomed

City of York Council is still seeking some funding to implement the full design of the station frontage, although funding is already secured to remove the redundant Queen St. bridge freeing up space and opening up a new vista of the city walls. While still awaiting funding for York Central progress is being made working towards implementing the new access and giving greater priority to cycling and walking access through from Scarborough Bridge to the NRM and York Central.

Since the summer the outcome of tendering for council supported bus services has been implemented with some difficult negotiations to secure a continued evening service on the 12 route around the Woodthorpe Estate. Other previously supported routes have all been secured either operating commercially  or through a council contract. The evening 3A still needs further promotion but other evening park and ride services appear to be attracting sufficient custom to be viable. Provision a trial of overnight parking at Askham Bar is due before Christmas. I have met with officers and ward councillors on a few occasions to look at the plans to ensure that fans going to the new stadium later in the year will have shuttle buses from the station and potentially from other park and ride sites on key match days.

The executive has approved further work to develop two hyper hubs as well as work to refurbish existing electric charging points. First’s James St depot is being upgraded to cater for electric charging in advance of introduction of 21 electric double decker park and ride buses starting in Nov/Dec this year. First York has also started the process of replacing older vehicles with Euro V buses which can more easily be upgraded to Euro VI to comply with the bus-based clean air zone for the city centre starting in Jan 2020. Independent operators with non-compliant vehicles are applying for funding which the council has made available to assist with the cost of upgrades. York is in a challenging situation with Leeds due to introduce a mandatory charging clean air zone in 2020 for most of the northern sector of the city (inside the outer ring road) covering buses taxis, HGV and diesel LVs. I will be pressing for a review of our strategy to continue action to secure even cleaner air, especially in the light of recent evidence of increased asthma and cardiac effects of traffic pollution.

I would like to see the ‘my castle gateway’ approach to consultation developed more widely to find the key locations where we need to create people-friendly walking and cycling crossing and access points, for schools, major workplaces, shopping areas etc. I would hope that some of this work could be assisted by the work planned in the coming year by York Civic Trust Transport Advisory Group in advance of our preparation of LTP4 to underpin the Local Plan.

I believe that the independent city-wide survey being carried out by the Environment Forum and York Civic Trust will help to achieve the wide ranging consultation which was in party manifestos in May and help residents to develop the transport choices to respond to our planned 20% growth in population by 2030 in a way which reduces congestion pollution and carbon emissions. While provision for electric cars has its place, a shift towards even greater proportion using sustainable transport including public transport will be needed. This will need a change in government policy, along the lines recently proposed by the Green Party to switch the government’s major roads fund to alternatively provide free bus services.

With no sign of a government change of policy direction, the government has recently given the go ahead for City of York to submit a final business case to dual the seven miles of ring road between the A19 and A64. Delays to work on the Monks Cross roundabout mean that it should now be possible to proceed with the widening work for this roundabout and the others on this section in tandem with the dualling programme. Unfortunately the delays do mean that work will take place well after the initial opening of the Community Stadium. Sustainable transport measures will be incorporated (including a pedestrian and cycle underpass as part of the Clifton Moor junction). I have asked for a further report to consider options to allow local traffic exiting B+Q turn right and also better provision for safe walking and cycling east-west along the line of the ring road. I will work closely with officers and ward councillors to seek to ensure that we ‘lock in’ the benefits of relief offered by ring road improvements so that public transport, walking and cycling can be enhanced and new car trips are not generated by more free flowing traffic conditions.

Following
the scrutiny review of Residents Priority Parking Scheme which I led last year (approved
by the outgoing Executive in March), additional staff resource is being provided
through the July budget measure to tackle the waiting list cut and develop an
online system to streamline administration processes. Officers are considering a
wider zoning and other ways to increase efficiencies which I would like to see
passed on as a lower fee for the first permit in any household. Wider coverage could help to increase
pressure to use park and ride or council car parks and cut congestion on key
routes into the city. Although there is still a waiting list,  I very much hope we are able to ‘catch up’ in
the coming year. Pressure for parking restrictions is as great as ever, with
the ‘annual review’ this month considering 77 requests for restrictions, which
all have to go through the legal process before being rejected, modified or
implemented.

Other initiatives within my portfolio include the launch the Azuma trains by LNER and the recent completion of high-speed fibre broadband connections for businesses in the Shambles. Councillors training in emergency planning helped raise awareness of the council’s coordination role and the support that councillors can offer to their local communities. Decisions on fleet replacement for waste collection in next year (which are a joint responsibility) have the potential to benefit kerbside recycling as well as local air quality. This may also provide benefits in terms of review of collection rounds and recycling. 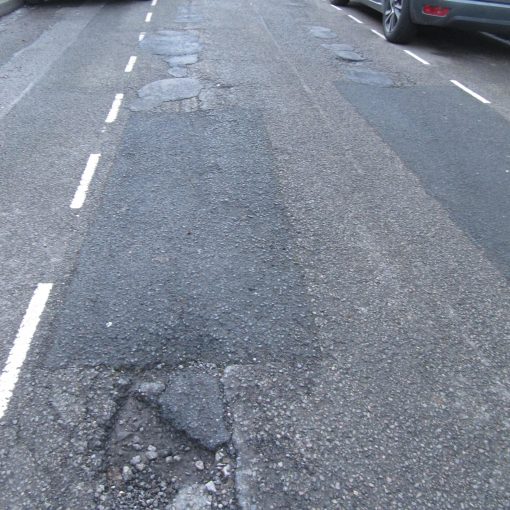 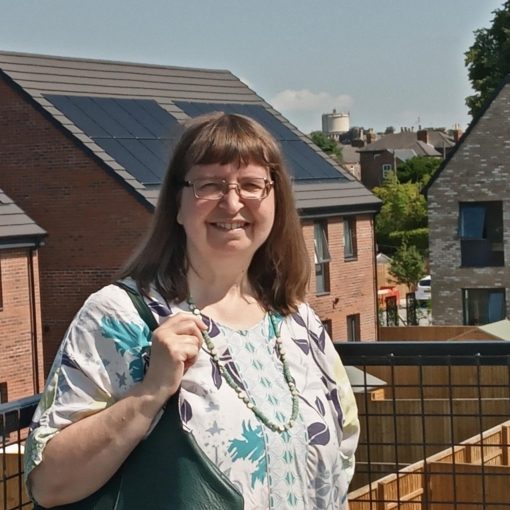 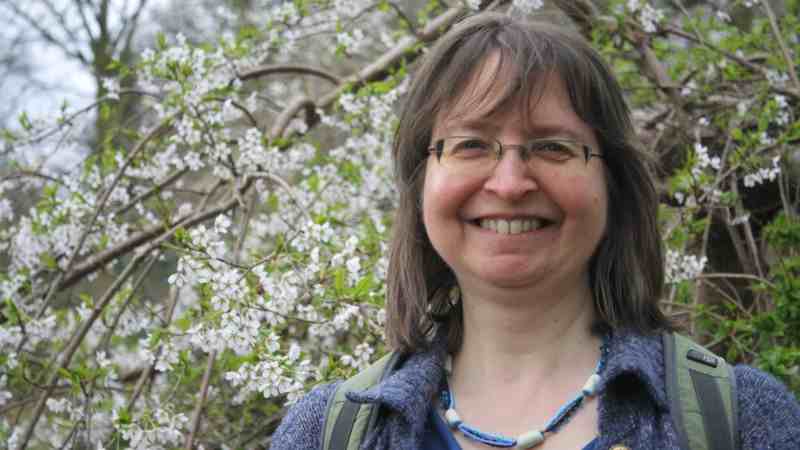