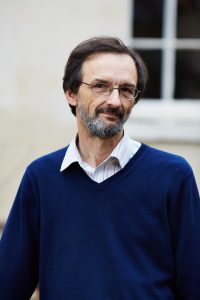 Andy has represented Fishergate ward for the Green Party since being elected as one of the first Green councillors for York in 2003. He lives in the Fulford end of the ward with partner and Guildhall Green councillor Denise Craghill and has a grown up daughter who is a graduate of Edinburgh University. Having worked at York College for 16 years as a student counsellor, he retired in October 2017 to concentrate on representing residents and the party on the council.

His interests include cycling, tackling York’s transport problems, world music (singing with a local choir) and photography. His name originates from his grandfather who emigrated from Mauritius in the beginning of the 20th century. As ‘Green Group Leader’ on the council he regularly meets with chief officers and attends ‘Leaders’ meetings and has worked with other councillors of all the parties in the interests of the city and his constituents.Over the years he has been involved in everything from securing LED lighting on the Millennium Bridge, campaigning for all flood protected access to the bridge, blocking extension of the marina along the riverbank, cycle lanes on Fulford Road, improvements outside Broadway shops, flooding, gritting, and setting up the snow warden scheme. He has supported residents to get yellow lines or who wanted a residents parking scheme to ensure bin lorries were not impeded. He has also helped to secure groups of residents willing to take responsibility for local green spaces, such as the community garden in Alma Grove, the Friends of Danesmead Wood and Fenby Field groups, Fulford Cross green and the wildflower area near to Millennium Bridge.

From supporting local residents trying to block the felling of magnificent beech trees to calling for an inquiry into fire safety following the dramatic roof fire at Fulford Place flats, he has taken up issues that concern local residents as well as working to promote the ‘green agenda’ on the City of York Council.