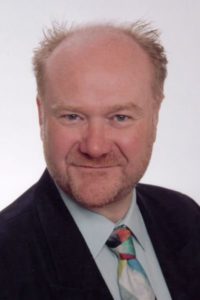 I work at City Screen and am married to Susie who had supported me as Lady Mayoress during my year as Lord Mayor. I like cats, Surrealist art and curry, and have lived in Fishergate Ward since 1993.

I’ve tried to do my bit to improve life for people in our part of York and for the city as a whole. I’m not interested in a career in politics or in party-political dogma, but I’d say that the Greens genuinely offer a better vision for the future and ideas to make things better today.

Before working at the City of York Council for seven years, I was an IT Consultant for fifteen years in private industry. My council stint took me into every department so I learnt how this council really operates! A further five years as Marketing Director of the Inward Investment Board provided me with a breadth of knowledge of York’s traditional employers and ‘Science City York’ bioscience, IT and creative industries.

Since being elected to represent people in Fishergate: