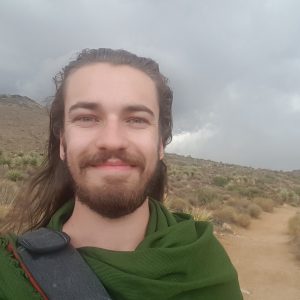 I have long been interested in environmental issues, and joined the Green Party relatively recently in order to put my ethical beliefs concerning our relationship with both human and non-human nature into practice.

In a world that we are steadily and selfishly burning, exploiting, and consuming, there is no greater emergency for humanity than the climate crisis – in the UK, the Green Party offers the only tangible prospect of a way out at the state level. Founded on moral principles that fight for equality and a good life for all, and concerned with goals beyond gaining power for it’s own sake, I support the Green Party because it goes beyond others in its commitment to a future that is habitable and harmonious.

I particularly favour state-NGO cooperation in order to enact meaningful change, as well as redistributive justice and a just transition to a post-fossil economy.

In addition to my political interests I currently write for London-based think tank Policy Network, particularly in areas of climate policy and social justice, and volunteer locally at the North York Moors National Park. I am hoping to pursue further education in the area of political ecology.

In my spare time I enjoy homebrewing, long walks in the countryside, and Soviet-era science fiction.