York Green Party is delighted that York is hosting asylum seekers in York.  It is important that as a City of Sanctuary and Human Rights City we support the human rights of everybody.

The UN Convention of Refugees (1951) clearly states that an asylum seeker can claim refugee status anywhere, regardless of how they arrived there.  It is only because of the Dublin 3 convention, which we belong to as part of the EU that there is the possibility to return people to their original country of entry into the EU. That possibility will disappear when we leave the EU.

We should all care for our fellow humans wherever they come from. They have to abandon everything including their homes, possessions and often their families to flee countries for their safety. They often face extremely difficult, dangerous and expensive journeys to get to somewhere safe. The difficulties and costs on these journeys are the result of another EU regulation (EU Directive 2001/51/EU) as so clearly described by Hans Rosling in this video https://youtu.be/YO0IRsfrPQ4. We are privileged to life in a safe country. We take comparatively few refugees (less than half that either Germany or France take), and far fewer than countries close to the problems take. Countries like Turkey or Lebanon or Bangladesh which have far fewer resources to support them.

Britain even has a particular responsibility to support refugees as many of the wars and conflicts that have led to the creation of refugees have been as a direct result of the British Empire and the way that groups were deliberately set against each other to reduce their attacks on the Imperial Power. We have also in recent years been heavily involved in many of the countries where refugees are coming from whether that is Iraq, Afghanistan or Yemen.

Britain, under the government’s “hostile environment” has some of the harshest treatment for asylum seekers. They are not allowed to work and they are not allowed to receive any benefits beyond £37.75 per week to cover everything – food, clothing, personal hygiene, phone calls to family etc. They cannot chose where they live and live in constant fear of being rounded up and imprisoned for months for no good reason.

But, refugees bring so much more. They bring new ideas and energy.  Once they are allowed to they work hard and support the NHS and public services by paying taxes and often by working there. We should all welcome refugees to the UK, and hope that we will never have to be one. 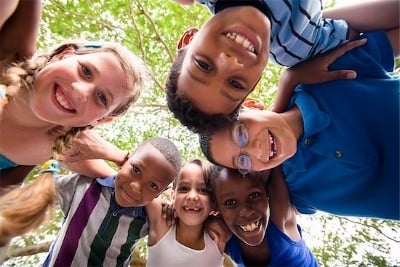